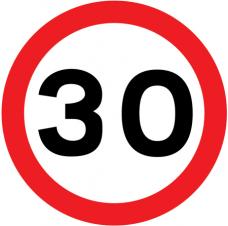 Derbyshire County Council is consulting on a proposal to reduce the speed limit from 40mph to 30mph on the B6057 from the A61 roundabout to the 30mph limit near the Coach and Horses.

The area will include Dronfield Toby Carvery and residential properties which directly access onto the B6057. This follows a long-standing campaign by residents, local councillors and Dronfield Town Council to effect this change.

Statutory public notices will shortly be made public for further comments to be received.

Cllr Mark Foster said " We first petitioned for this in 2016 with an overwhelming number of Bowshaw residents signing the petition. this was preceded by many years of both road and traffic collisions and near misses. I would like to thank all residents who took the time to respond to the DCC consultation which will be made available shortly."

Cllr Lilian Deighton explained "As a resident of Bowshaw, I have a full appreciation that the current speed limit not only affects the safety of pedestrians, cyclists, horse riders and users of mobility scooters but the health and well being of residents through increased noise and air pollution. This reduction in the speed limit will greatly improve conditions for both residents and road users."