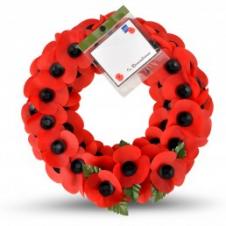 This weekend, Sunday 11th November commemorates one hundred years since the end of the First World War. To mark this historic event there will be two events taking place in Dronfield.

The annual Remembrance Day Parade and Service will take place at the War Memorial in the Gardens outside Dronfield Library. Members of the public are invited to attend or follow the parade, which will begin on School Lane at 10:35am.

Hymns will then be sung at the War Memorial before the Last Post and a two minutes silence at 11am. The naming of the war dead will be read out before local groups and organisations lay wreaths at the base of the Memorial. This will be followed by further hymns and prayers before the parade makes it's way back down High Street to School Lane.

Please note: that there will be road closures in place on High Street, Church Street, Lea Road and School Lane to enable the parade to take place.

The Lighting of the Beacon

As part of the national commemorations 'Battle's Over - A Nations Tribute' there will also be an event in Sindelfingen Park which will begin at 6:30pm with an introductions and welcome from Rev Peter Bold and Town Mayor, Cllr Philip Wright.

At 7:00pm Beacons of Light across the country, including the Beacon in Sindelfingen Park, will be lit - symbolising an end to the darkness of war and a return to the light of peace.

Following the ringing of the bells Sheffield Concert Band will play songs from the First World War until the event finishes at 7:30pm.

Local groups and organisations have been invited to send a representative to the events and members of the public are also welcome to attend.